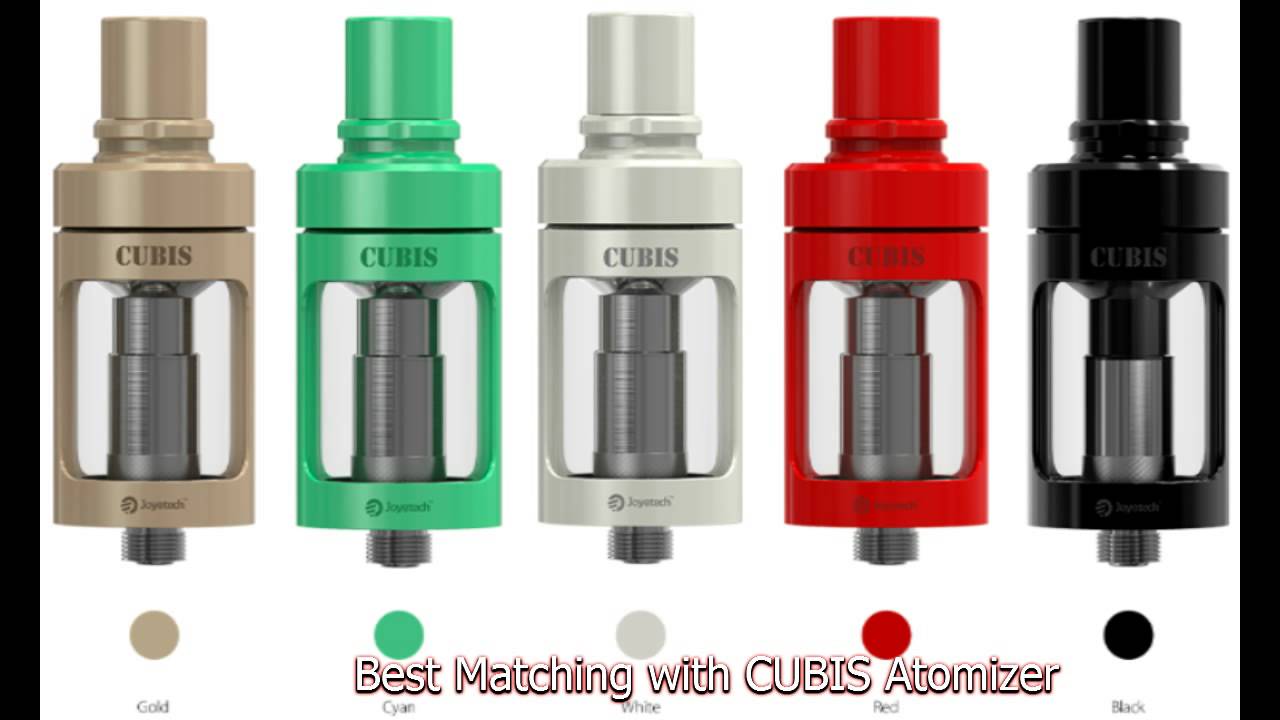 The Evic VTC mini by Joyetech is the latest evic mod that is a much smaller version of the previous evic VT that had a built in battery, except this version uses replaceable single 18650 batteries. 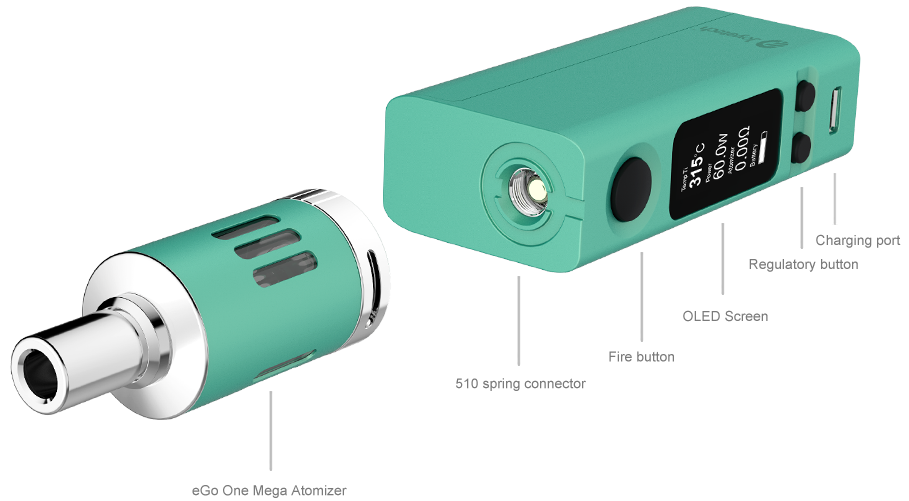 Theres also a mod only version from the china warehouse for $34.14 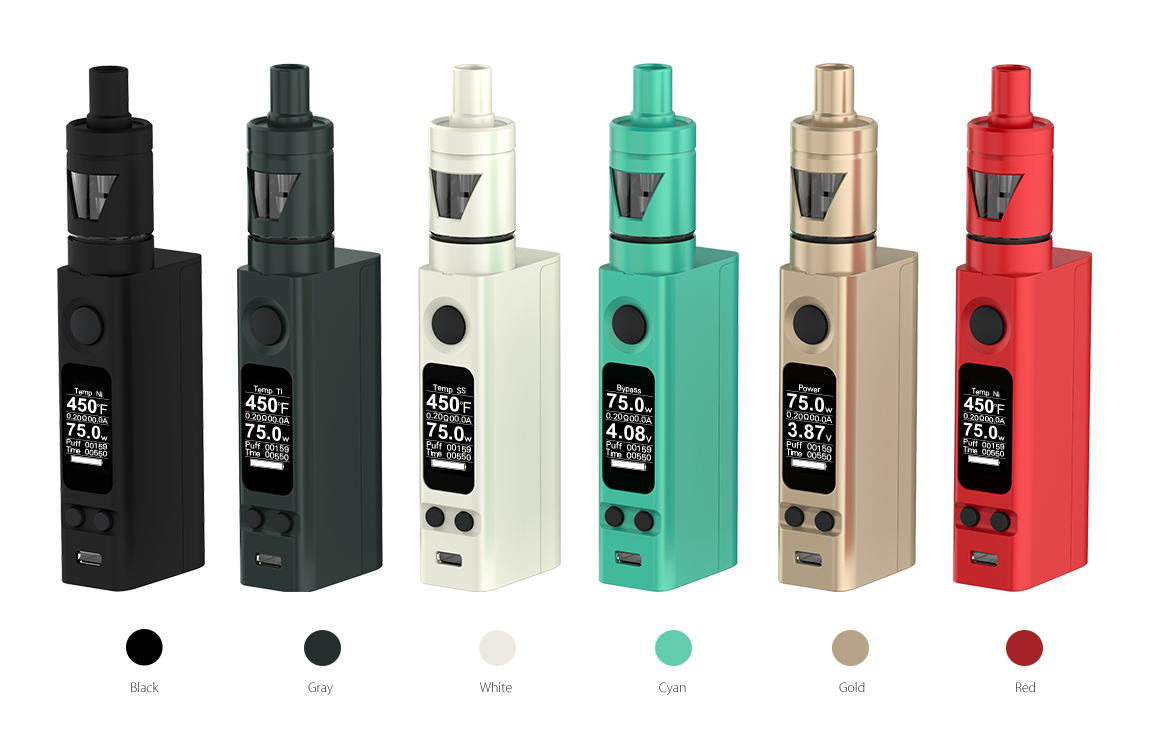 Its a nice small mod that does 1-60 watts as well as temperature control for both nickel and titanium. The white version has a subtle metallic finish and is not too slippery in the hand and is not a fingerprint magnet. One of the best things about the evic mini is the large screen that displays the power or temperature, the voltage applied, the resistance and the battery meter. The button is a decent size but with a nice firm click that doesnt take too much force to press. The battery door is quite thick and held on with strong magnets and can be opened by grabbing the sides of the door and pulling it out or by using a nail to flip it out from the bottom of the mod. Theres no huge venting holes noticeable however at the bottom of the mod there 2 slots that lead into the battery area.

Theres a micro usb port for charging and upgrading the firmware. The 510 is ss and spring loaded too. To turn the device on or off its 5 clicks of the fire button and to enter the menu click 3 times and the first selection will flash. Press the right button or + to switch between nickel, titanium, regular vw or bypass mode. Bypass mode allows you to use the mod as a mech where the wattage limit is dictated by your battery spec. Press the fire button to then lock in the setting that you have chosen. In temp mode itll display the temperature that can be adjusted by pressing left or right. You can also lock the atty resistance in vt mode by entering the menu and clicking left twice and then pressing right when you get to the resistance and itll display the lock symbol, just make sure the atty is at room temp when locking the resistance.

When changing atty press fire button with no atty attached to reset, the mod will ask new coil right, same coil left. The max initial wattage can also be adjusted in temp mode. In the menu press left once, itll then flash the wattage that can be adjusted by clicking the right button, however it seems to only scroll up in wattage, to get to lower watts you have to scroll to 60w then click right again and itll be back at 1 watt so you can scroll up again. The mod also automatically shifts to power mode when the coil is above 1ohm. You can display the vapor time and puff counter by going to the 3rd option in the menu that shows the battery indicator and then pressing right to shift through the vaping time and puff counter. You can also reset either of those values by pressing the fire button when the puff counter or vaping time is showing if you dont want either to be reset get to the battery indicator and then click the fire button there.

10 second cutoff, atty short protection, weak battery alert (mod will show the battery as empty at 3.3v) In practice it can be a bit lower however, around 3.1v. Displays an atty low alert when resistance is below 0.05 ohms in tc mode or 0.1 in vw mode. The mod also protects the board temperature if it goes above 70c. The mod says it charges at 1amp too but in practise it charges a bit lower around 0.85a. In temp mode theres also a warning when the temp has been reached where it says temp protection and will reduce the watts down.

The evic mini kit comes with the mod, usb cable and the ego one mega atomizer with had the ni200 coil (0.2ohms) installed as well as a titanium coil (0.4ohms) in the box. Its nice that it matches the color of the mod and is a good way to test the temperature control out. You can also buy separate heads for it as well as the clr heads that are quite easy to rebuild with. The atty itself is quite short which looks good on the mod being small also, the airflow is adjustable with 2 slots that can be decent for a mtl vape at the lowest settings, however its not as large overall compared to other tanks around now. The coil heads have 4 juice flow holes too but are quite small so would struggle with very high vg juices and wicking with higher wattages. The tank is easy to fill though by unscrewing the base as well as to change coils. The tank itself though is a 1 piece system with the tank section top cap and chimney tube all stuck together similar to how many tanks in the past used to be. It can be cleaned out but maybe not as easily as ones that can be disassembled completely.

Overall its a nice mod to use, one of the smallest mods out that takes an 18650 and fairly light too. It also feels quite solid with no rattly buttons and the battery door sits very secure. The body also seems to be made well with no gaps and is quite thick. The screen is great as you can read it alot easier than other mods screens. Its great also that theres firmware upgrades and it supports nickel and titanium out of the box. Maybe there will be support for other wire types in the future with upgrades. The kit coming with a matching tank is a nice option too that makes it good value as well as the choice of 3 colors of the mod. 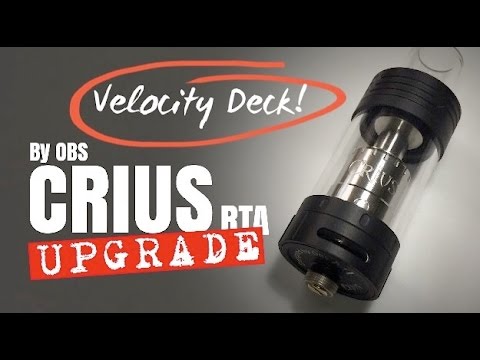 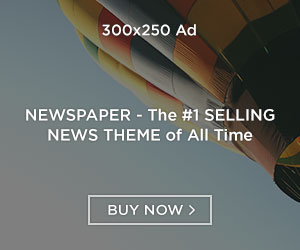